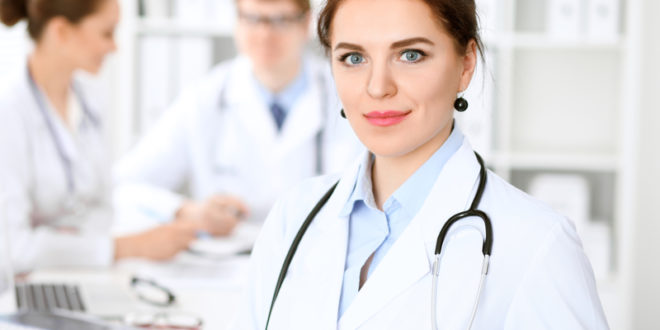 Vegetables That Are Healthier When Eaten Raw

How to Change Up a Fitness Routine That Has Gotten Boring

Doctors, nurses, and other medical professionals have a tough and rewarding line of work. They spend a lot of their time educating patients like us about how to best care for our bodies and how to develop healthy habits. Here are some of the silliest things doctors hear from patients that they want to correct:

1. Myth: Brushing before a dental cleaning will hide the fact that you don’t regularly brush and floss.

Ladies, don’t try to fool us! How many times have you brushed for 10 minutes straight in preparation for an upcoming dental cleaning? We hate to break it to you, but your dentist and oral hygienist can tell. Damage to the enamel, gums and tongue cannot—despite your best efforts—be removed in one session of vigorous brushing and flossing. Listen to your dentist. Brush your teeth twice a day, morning and night, and floss once a day. If you don’t, you risk gum disease, which according to Frank Wanat Dental Cleaning, “can cause bleeding, swelling, bad breath, pain, receding gums and tooth loss. But it doesn’t always stop there….Gum disease causes a buildup of bacteria in deep pockets between the teeth and gums. That bacteria can transfer to your bloodstream when gums bleed, putting you at a much higher risk to develop the following health problems: stroke; respiratory disease; heart disease; diabetes; ulcers; osteoporosis; arthritis; and pre-term births.” Those sound like things to avoid! Remember to brush and floss regularly, folks.

How many times did we hear this growing up? “Don’t eat before getting into the pool or you’ll get a cramp and drown,” is what our parents (or grandparents) would say. Melissa Conrad Stöppler at MedicineNet explains that “While it’s true that the digestive process does divert the circulation of the blood toward the gut and to a certain extent, away from the muscles, the fact is that an episode of drowning caused by swimming on a full stomach has never been documented.” So although our energy output may be lackluster from the food-baby we just created, we are not susceptible to cramps during our backstroke because of a tasty meal. If you do happen to get a cramp while swimming, it’s likely due to dehydration and overexertion. So hop on out of the water, get something cool to drink, and take a little break. You should be good as new in no time.

Did you ever hear this in school as a child, or was it just us? Teachers would often scold their students and say, “If you swallow that, it’ll take 7 years to pass!” Sorry, Teacher, but that’s just not true. Nothing special happens to gum after it’s swallowed. According to the experts at Scientific American, some of the components of gum (like sweeteners) are digested, and the rubbery chewing gum base “probably passes through slower than most foodstuffs, but eventually the normal housekeeping waves in the digestive tract will sort of push it through, and it will come out pretty unmolested.” So there you have it. You can rest easy knowing that the gum you accidentally swallowed when you hiccupped two years ago isn’t still hanging around in your stomach or intestines. It is long gone.

This is a big one. Many of our coaches and athletic teachers told us to warm up before an exercise so that we may prevent injury and discomfort while going through the motions—wrong! According to research reported in this article by Pain Science, scientists and athletes are now finding that individuals who regularly stretch before another activity are more prone to injury. The next time you want to get a good workout or run under your belt, skip the stretching routine beforehand. Don’t get it twisted; stretching isn’t all bad. If you want to stretch, do it after workouts instead, or plan specific days for stretching. Just don’t use stretching as a precursor to a rigorous workout routine and expect it to lower your chances of injury.

So what did you think of these myths? Did the truth surprise you? Let us know in the comments below!

Anna Smith is an entrepreneur and blogger on topics of personal success, fashion, business, marketing, personal finance, and health. She graduated from the University of Colorado Boulder with her Associates in English, and from the University of Colorado Denver with her Bachelors in Business Management. She currently lives in Denver with her dog Charlie.
Previous Going Green? Don’t Be Surprised if You Start Feeling Better Too
Next Tips for Keeping it Simple and Classy in Boho Style 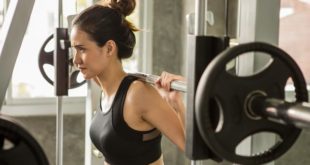 Back to the Gym: Workout Tips to Keep in Mind When Recovering From a Back Injury