How advertisers use sex to sell products to women 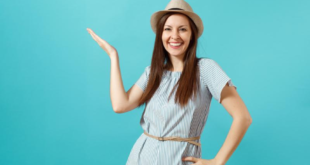 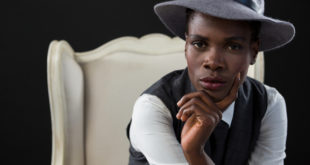 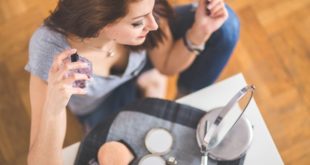 Makeup Hacks to Help You Get Ready Quickly

It’s no secret that sex sells. But a lot of studies show that it sells a lot better to men than women.

In 2006, researchers from the University of Florida showed a group of women print ads of beautiful, sexy models from Vogue, Allure, and other women’s magazines. They found that the “hotter” the model’s attire or look, the lustier the model’s expression, the colder it left the female subjects. And a similar 2010 study from the University College of London found that sexual imagery in advertising not only bored women, it actually repelled them.

And yet… if women are immune to sexual advertising, why are women’s magazines filled with sexy images, and why does Victoria’s Secret, which advertises with sex almost exclusively, make $5 billion in revenue each year? The fact that more photographers and advertisers are men is not the answer. Recent studies show that women are much more tolerant of certain types of sexual ads. Here, three lessons in selling sex to women:

Make sure the product is expensive

Recently, Kathleen D. Vohs from University of Minnesota’s Carlson School of Management studied whether “sexual economics theory,” which posits that women want sex to be rare and valuable, might apply to marketing.

“We were working from a theory that women have a vested interest in seeing sex portrayed in a certain manner, including advertising, because sex is much costlier for them from a biological perspective and socio-cultural perspective,” Vohs explained to Harvard Business Review.

“In society, women can get into a whole lot of trouble if they behave sexually in a manner that’s not going to lead them to good long-term consequences,” she says. “Biologically, they could have to carry a child. Socio-culturally, they could become stigmatized. There are a whole host of things in between.”

So women may yawn when asked to buy beer from a bikini-clad model, but if the product is rare and valuable, the way women supposedly want sex to be, would they be more susceptible to the ad?

For the study, Vohs asked men and women to view different advertisements for wristwatches. One watch cost only $10, the other cost $1,250. Each were viewed in two settings — one, a simple mountain backdrop, the other, “a sexually explicit scene.”

Researchers then asked women to rate how happy, energized, interested, upset, angry, and disgusted, the ads made them feel.

If you’re wondering how they controlled for sexual taste, here’s Vohs in Harvard Business Review:

We pre-tested it so that men and women both think it’s super sexy, but nobody thinks that he’s dominating her. Nobody thinks she’s dominating him. And nobody really reports feeling like someone is being objectified. It’s just sexy. [Harvard Business Review]

What they found: Women have strong negative reactions to cheap, sexy watches, but more neutral reactions to expensive sexy watches. The price did not impact their perception, however, when the watch was placed against mountain backdrops.

Make sure the sex looks committed

A separate study from 2009 angled at another stereotype of women and sex. Also using images of wristwatches, researchers tried to assess whether a signal of commitment would make sexual ads more palatable to women.

For this study, subjects once again looked at a non-sexual ad, as well as two types of sexual ads that were identical, except that one showed the watch with a red ribbon tied around it and this statement: “This watch is positioned as a gift from a man to the special woman in his life.”

To examine if this is just a matter of people liking gifts, regardless of sex and commitment, the researchers asked a different group of women to view a non-sexual ad in both gift and non-gift positioning. They found that the gift positioning was effective only in the sexual ads.

Interestingly, men’s attitudes for the watches actually declined with the gift positioning.

And most importantly, make sure the product is sexual, too

If women are immune to sexual advertising unless it makes sex seem rare, or somehow connected to commitment, how do you explain the 1994 Wonderbra billboard showing Eva Herzigova in a black lace wonder bra, a $30 item, sans any signal of commitment form a man, with the words “Hello, Boys” in bold? Wonderbra’s sales quadrupled the year the ad came out, and a recent public vote by Outdoor Media Center found it the most “iconic” advertising image of all time.

When the brand is “sexy” then women in the survey accepted this. One brand that is overtly about sex and uses sex to sell in clever, intriguing ways is Coco de Mer. Their launch campaign focused on the benefits of their products (high-class sex toys) and instead of using images of women’s airbrushed bodies, it showed faces. Faces of women and men having an orgasm. How relevant and clever is that? [Madwomen]

This also explains Victoria’s Secret, another brand that’s overtly sexy and uses overtly sexual advertising to prop up that image.

So, sex sells to women when it overtly makes sense for the product, and not so much in the case of sex and watches, where it seems like a non-sequitur. Maybe we’re not so mysterious after all?

by courtesy of: CARMEL LOBELLO

Fashion and beauty, exercise, senior fitness, programming code related blogger. Blogging is my passion and profession.
Previous Strengthen Your Faith Through Physical Exercise
Next Win the War Against Wrinkles, Fine Lines, And The Signs of Aging With the “Secret Weapon”

Growing Out Your Hair? Natural Remedies to Help You Go the Distance

Are you trying to grow out your hair? Most of us spend a lot of …