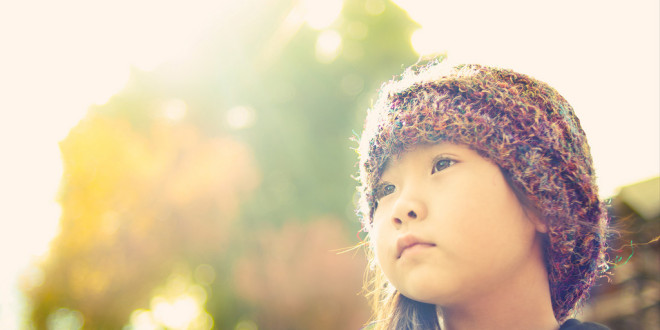 What makes us different, what sets us apart, those things that we may think are broken about ourselves can actually be our greatest gifts that we have to offer the world if we can learn how to use them to benefit ourselves and others. There are many examples of great leaders and innovators who were considered to have many faults at one point. What made these people so great, and ultimately the key to their success and ability to powerfully influence and change the world, was their capacity to ignore the labels that were given them and embrace
“Play to your strengths.”

“I haven’t got any,” said Harry, before he could stop himself.

“Excuse me,” growled Moody, “you’ve got strengths if I say you’ve got them. Think now. What are you best at?”
-J.K. Rowling, Harry Potter and the Goblet of Fire

Do you feel like Harry? Do you ever wonder what your strengths are or question if you even have any?

I often hear people, that like Harry, are slow to recognize their God-given gifts and talents. When my clients ask me how they can discover theirs, I give them one powerful piece of advice that is often received with surprise.

If you want to find your strengths, the first place to look is behind your weaknesses. That is often where they are hiding.

Now, you may be thinking that this is counterintuitive, and on the surface it may be. But, when you dive deep down and connect with your soul, your greatnesses are often hidden behind your faults. A wonderful mentor of mine first brought this to my attention years ago. She told me that our weaknesses are just our strengths turned up too high. As I pondered this statement, my soul recognized Truth. I began to look at myself.

People have told me that one of my weaknesses is that I can be a pleaser. But, when I look closer, I recognize that my strength is that I care about others and my compassion can enable me to truly help people if I set proper boundaries. Another weakness is that I can get obsessed with things and even was diagnosed with OCD at one point as young teenager. My strength behind this is that I have an amazing ability to focus on something and that gift has indeed served me well over the years, allowing me to be fully present and give my best self when working with my clients, writing a book, playing with my kids, etc. I just had to learn where to direct my focus to serve me, rather than hinder me.

Are you getting the idea? What makes us different, what sets us apart, those things that we may think are broken about ourselves can actually be our greatest gifts that we have to offer the world if we can learn how to use them to benefit ourselves and others. There are many examples of great leaders and innovators who were considered to have many faults at one point. What made these people so great, and ultimately the key to their success and ability to powerfully influence and change the world, was their capacity to ignore the labels that were given them and embrace their peculiarities and use them as vehicles to accomplish things that only they could. Here are just a few examples.

Albert Einstein:
As a young child Albert Einstein was considered to be wild and struggled at school. He often felt alienated and unaccepted. Eventually, he dropped out and later found a way to dodge the draft. It became apparent that Albert did not thrive in highly conformist and structured environments. However, rather than consider himself as dumb and inadequate, he recognized that he had amazing talents in physics and math and found a way to get an education in Switzerland in a more liberal setting where he thrived and made many good friends. After graduation, things did not always come easily for Einstein. He struggled to find a steady position and was turned down by many potential employers because of his independent thinking and lack of conformity. Again, he refused to let his perceived weakness define him. Eventually, Einstein used his ability to think radically and outside the box to discover concepts, such as E-mc2, that would change the world forever. The very things many considered to be weaknesses were the driving factor behind some of history’s greatest successes.

Walt Disney:
Walt Disney was often thought of as an unrealistic dreamer who lived with his head in clouds. He was told many times throughout his life that his ideas would never be a success. Despite constant criticism, financial struggle and hardships, Walt refused to look at himself as a failure. Sure, he experienced failures in certain areas of his life, but he did not give in to the idea that he was different and thus could not become successful. We all know how his story ended. The once-thought of unrealistic dreamer helped many people make their dreams come true.

Lest we forget the women.

Oprah Winfrey:
Oprah’s first boss told her that she was not right for tv because she was too emotional. She could have listened to him and quit. Instead, she decided to embrace her gift to connect with people. This once perceived weakness became Winfrey’s greatest strength as she grew to be the highest paid tv star and one of the world’s most loved celebrities. Oprah is celebrated for her ability to move her audiences, tapping into their emotions. The very thing that her first boss once saw as a weakness, Oprah was able to embrace and use as her greatest strength.

What are the things that set you apart, that make you unique?

Each of us is born with specific gifts and those gifts, in combination with the experiences we have in life, give us an individual skill set that we can offer the world. No one else has your combination of talents, personality and background. There is only one you in the world. What have you been given to offer it?

Recently, I was speaking with a friend and client who lives in California. She has worked in television for the past 5 years. This woman is beautiful, dynamic and great on camera. She has interviewed celebrities and stars and has a real talent for it. As we spoke she told me that her true desire and goal in life is to help people. Upon further discussion she recognized that she did not do well working one on one with people due to past experiences. She felt much more comfortable sharing her message of self-help in a setting with large groups of people where she did not have to interact with them on an individual basis.

This beautiful, talented friend of mine told me that she had a powerful message to share with the world that she is passionate about. I asked her what her strengths were and she identified that she had a talent and love for entertaining and being on camera, as well as connecting with people. In the middle of describing this natural affinity for television work she said, “I really want to help people, a lot of people, but I can’t do that through tv.” It was obvious to me that she was made to share her message and help others through the media. It also became clear to me that, in her mind, she did not see how her talents on camera could translate into helping people. Upon further investigation, I found out why.

Early in her life she had a combination of occurrences and conversations that had led her to internalize the message that being on camera was shallow and vain. She believed that in order to make a difference, she had to work with individuals in a personal setting, caring for them one by one. She felt she had to give up her talent for tv in order to make a difference in people’s lives.

As we spoke, it became clear to me that she was meant to help masses of people indeed, but that her unique skill set and her negative past experiences with helping individuals were pointing the way for her to do that through television work. As I had her write down her list of talents, passions and desires for life, she began to recognize that reaching the masses through tv with her powerful message was part of her divine blueprint for happiness.

Are there any false beliefs that you have internalized? Are they preventing you from moving forward with fulfilling your divine potential?

How would you feel if you knew that you were using your God-given gifts to do something that you felt passionate about? What if this led to you being able to really make a difference in the world? How would you feel?

Don’t let the world define you.

Don’t let past experiences and conversations limit you.

Embrace your qualities that set you apart.

Look within to find answers. Your strengths are there. They may just be hiding behind negative labels of perceived weaknesses.

Action Step:
Write down a list of things that you feel are your weaknesses. Across from each, list one potential strength that could be hiding behind it.

Example:
Too trusting – The ability to love and see good in other people.
Obsessed – Strong focus.
Too emotional – Can connect with people on a deep level.

Allison Larsen is a highly sought out speaker, the author of the upcoming book Soul Intuition: The Sacred Practice of Connecting with Your God Given Gifts and is considered to be evolving as the leading Intuition Expert. Her diverse background as a Reiki Master, Certified Personal Trainer, Certified Yoga Instructor, and Certified Reflexologist gives her the unique skill set to serve the world everyday. Recently Allison appeared as a guest expert on the Hollywood Entrepreneur Show and was featured on the cover of Icon Advisor magazine.
@allisonhlarsen
Previous What happened to the GOP?
Next The Girlfriend Effect