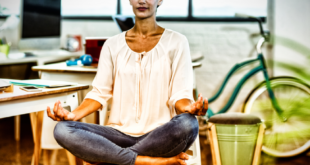 Having a child is a joyful and glorious experience for anyone, but for some people, it isn’t always the perfect time. When you’re aware that you’re not ready for children, doing what you can to avoid getting pregnant can be the best idea for you and your partner. Whether you’re unsure if the timing is right or you’re simply unable to care for a child, avoiding pregnancy can be done naturally so that you can wait for the right time.

Using a saliva ovulation test is an easy and natural way to get a good idea on what days you will be most fertile. Planning intercourse around these times will help to reduce the risk of pregnancy. These tests are reusable, easy to use and almost 99 percent accurate.

Keep track of your cycle on a calendar. This method helps you get a general idea of when your cycle begins and ends and how long it is going to be. Since your cycle usually comes around the same time each month, you can get an idea of any kinds of patterns your cycle shows.

Read about fertility and understanding ovulation is one of the crucial factors in learning how to avoid getting pregnant. It’s hard to know what to look for or how your cycle affects your ability to get pregnant, but when you do a little bit of research, you can begin to understand your own body more. Recording your cycle’s information will be more helpful once you have an idea how fertility and natural contraception truly works.

Founder, fertility advocator, author, speaker, actor, award-winner and business woman, Helen Denise is all about women’s health. For the past 15 years, she has used her extensive knowledge honed from years of research and experience to focus on her passion. That is, to reach women trying to conceive or searching for a natural family planning solution and give them the tools to understand their unique fertility cycle. Helen’s passion was born out of a near-death experience from an unplanned ectopic pregnancy and a desire to better understand her body. Since 2009, Helen has served as the Founder and CEO of HiLin Life Products, Inc., maker of the innovative, next-generation, clinically tested and FDA approved KNOWHEN® Saliva Ovulation Test and Fertility Monitor App. The company originated the Saliva Ovulation Test category in the U.S and has been featured in TIME, Fox News, The Wall Street Journal, FORBES, Star Ledger, Chicago Tribune, Disney, Yahoo and many other publications. She regularly blogs about issues affecting women’s health. In 2000, Helen Denise started her first business and was the President of MaybeMOM, Inc., a global multi-million dollar, award-winning business. Previously, she held several leadership roles at Zepter International over the course of seven years, starting in her native Russia before migrating to the US as the National Sales Director for the USA and Mexico and leading an organization of over 500 people. While there, she produced over 100 TV shows in three years while also serving as the producer, host and editor of the programs. She fundamentally believes women should not set boundaries on their dreams, let belief, hope and love accompany their life’s journey, and never give up “no matter what!” Helen Denise has won numerous prestigious awards including iParenting, Sharkette Tank, Company Most Likely to Succeed and InovateHer. She holds several product patents and has also appeared in various roles on TV and in film, plus worked behind the scenes in production. Ms. Denise has been a proud citizen of the USA since 2002 and holds a Master’s Degree in Civil Engineering from the Civil Engineering Institute in Moscow Russia, 1982.
@KNOWHENHELEN
Previous Naturally Assisting Your Chances of Getting Pregnant
Next New Book by Dr. Sheila: Yes, I Have Herpes 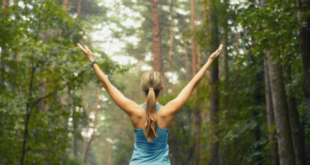 Remember when you were 17 and you could eat an entire pizza, nap for 9 …