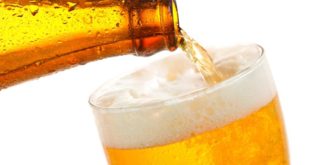 How to Host a Craft Beer Party 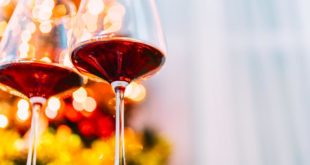 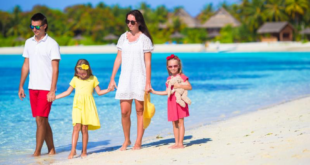 3 Cost-Saving Tips for Vacationing with Your Family

Through sharing experiences and focusing on key events, online activism is boosting women’s rights issues – but its effect on policy change is still unclear .

Hashtag activism has helped to propel women’s rights to the forefront of political agendas, bringing attention to issues often under-reported by mainstream media, panelists have told an event at the UN in New York.

Social media has helped women to share experiences of sexual violence, such as on the HarassMap platform, launched in Egypt, and has kept international attention focused on events that have slipped off the news agenda, such as the #BringBackOurGirls campaign, launched in 2014 after the abduction of more than 300 schoolgirls in Chibok, Nigeria. The hashtag has punctuated more than 4.5m tweets globally.

But speakers at the event, held during the Commission on the Status of Women(CSW) and organised by the OECD Development Centre and UN Women, conceded that the extent to which online engagement translates into policy change or practical action remains unclear.

Mollie Vandor, a product manager at Twitter, said conversations about feminism on Twitter had increased by 300% over the past three years. A performance by the singer Beyoncé in front of the word “feminist” underpinned a 64% increase in tweets containing that word. Patricia Arquette’s Oscar speech this year, in which she referenced pay inequalities, resulted in 320,000 tweets about #equalpay in two hours.

“I definitely feel like there’s a moment happening right now, where we’re reaching a tipping point,” Vandor said. “It’s easy to dismiss these social media moments as just ‘talk’, but I really believe that the more we talk about what gender equality means and why it’s important, the more that conversation picks up volume and the harder it is to ignore.”

Keshet Bachan, a gender equality activist and girls’ rights expert at Plan International, added that social media had opened up space for young feminists and activists to air their views “where once only the ‘specialist’ was allowed to speak”.

“The exchange of views, the proliferation of opinions, and what I believe to be the consciousness raising process that takes place any time there is a feminist debate online is invaluable to the women’s movements,” she said.

However, a paper published by the OECD Development Centre this month found that the extent to which social media had helped lever women’s voices into decision-making processes had been patchy and unpredictable, which, it noted, reflected the struggle that grassroots activists experience when trying to get their concerns heard in public life.

Despite success in increasing the number of female MPs globally, women still occupy less than a quarter of parliamentary seats.

Limited access to technology and language barriers mean many women are still unable to make use of social media, according to the OECD research. Some blogs and websites written by women have been censored by governments, and sexual harassment of activists in online discussions has also been witnessed.

“There are some challenges, such as women’s access to the technology, their training to use it adequately, or the need for a strong women’s movement to link with on-the-ground efforts,” said Estelle Loiseau, gender programme officer at the OECD Development Centre. “But we have to acknowledge that women’s voices are more visible than ever thanks to social media. There is a proliferation of blogs and online collaborative platforms that have arisen as another way to organise for gender activists,” she added.

Online platforms were absent 20 years ago when leaders at the fourth world conference on women held in Beijing agreed to increase women’s representation in decision-making at all levels, and their access to the media and new technologies. The Beijing outcome document also called for steps to be taken to promote a balanced portrayal of women in the media.

The OECD launched its own Wikigender online platform seven years ago to encourage debate on gender equality and women’s rights. It now attracts an average of 40,000 unique monthly users. A French version of the site is due to launch later this year.

The OECD research paper recommended that, as well as increasing women’s access to technology, women’s rights activists could benefit from training in ways to maximise the use of social media for campaigning. It said increasing the number of female leaders in the media could also help the success of online advocacy, and that social media campaigns needed to build on and collaborate with local women’s movements.

Bachan said Plan’s activities on social media had been complemented with offline advocacy “ensuring girls meet and talk directly with their own governments” and capturing the moment on video or in a photo to hold decision-makers to account for their promises. “Our focus on including girls in the post-2015 agenda has translated into real accomplishments in terms of policy outcomes, and it has, I believe, also fostered a new generation of girl-advocates and empowered citizens,” she said.

This year’s fortnight-long CSW is examining progress against the Beijing agreement. 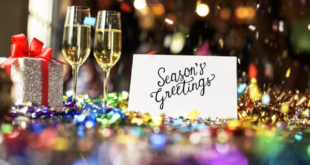 How To Host A Memorable Holiday Party

The holidays are a great time to spend with family and friends. It can be …