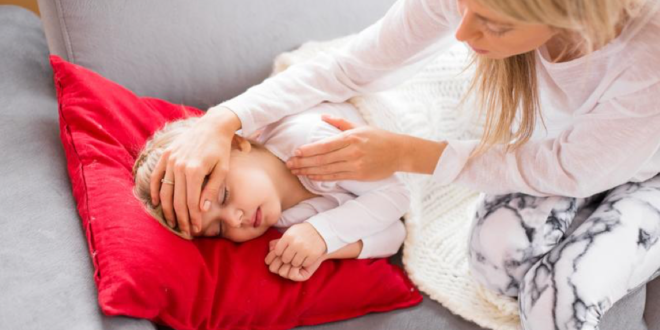 Children are more likely to contract parasites since they have yet to develop sanitary and hygienic practices, and they are also more exposed to high-risk areas such as daycare centers, classrooms, and playgrounds. It is important to not only understand  the most common parasites and their symptoms but also cleansing techniques to keep your child healthy and parasite-free. Here’s what you should know.

Roundworm is the most common parasitic infestation globally, with 1 billion people infected with this parasite every year. The roundworm burrows into the soil where it lays its eggs. Contraction of this parasite occurs after contact with contaminated soil or feces. Symptoms of a roundworm infection include stomach pain, cough, worms in nose or mouth, worms in feces, and fever.

Hookworm is a parasite commonly found in warm, tropical climates. This parasite lays its eggs in the soil, creating an increased risk for contraction by children who walk barefoot or play in the dirt.

When hookworms come into contact with the skin, they burrow deep into the epidermis, entering the bloodstream, and make their way to the stomach. Once in the stomach, the worm latches onto the bowel, matures, and lays eggs, which are then released in the feces. Symptoms of hookworm infection are anemia, diarrhea, rash, loss of appetite, and weight loss.

Tapeworms, also called flatworms, are parasites that attach to the intestines. Infection occurs after eating food or drinking liquids that have been contaminated by the parasite. Contamination occurs through contact with infected feces and usually occurs when someone who is infected doesn’t wash their hands after going to the bathroom and prepares food for others.

Children are at an increased risk for tapeworm, especially those who consume meat or fish that has not been cooked thoroughly. Symptoms of flatworm include nausea, stomach pain, diarrhea, and weight loss.

Whipworm is commonly found in warm, humid climates and is a common parasite infection, affecting up to 800 million people globally per year. Whipworms bury their eggs in the soil and contamination occurs when an individual ingests infected dirt or comes into contact with infected feces.

Once consumed, the parasite makes its way to the small intestine where it releases larvae that then migrate to the large intestine to mature. Symptoms of whipworm infection include nausea, vomiting, bloody diarrhea, and headaches.

Cleansing the Body of Parasites

There are several antiparasitic medications on the market that can help rid the body of worms. However, prescription medications are not the only answer, and there are many natural ways to cleanse parasites from your child’s body that have been proven effective and can prevent their reoccurrence.

Garlic is considered a powerful antiparasitic due to its active ingredient called allicin. It is recommended that fresh, peeled garlic, one to two cloves, be left uncovered for approximately 15 minutes prior to treatment to allow the allicin to activate and then added to food or simply consumed on its own.

Food grade diatomaceous earth is another natural remedy for the elimination of parasites. It works by dehydrating the parasites in the body, causing them to die and be expelled. Treatment using diatomaceous earth typically takes about two weeks, with individuals consuming one teaspoon per day with a full, 8-ounce glass of water. It is important to make sure that the body remains hydrated during the treatment to maintain optimal flushing of the parasites.

Consuming five to six pumpkin seeds per day for two weeks has also been found to eliminate parasites. Its active ingredient, cucurbitacin, paralyzes parasites within the digestive tract. Once immobile, the parasites can be flushed through the body through adequate consumption of water. Pumpkin seeds can be eaten whole or ground and make a wonderful snack or addition to a meal.

The contraction of parasites can be uncomfortable and, at times, scary for a child. Engaging in preventative methods such as proper handwashing with your child as well as sanitary and thorough food preparation can help minimize the likelihood of a parasitic infestation.

Knowing the signs of parasitic infection are important, and engaging in treatment as quickly as possible will limit the risk for long-term illness. If a parasite infection does occur, there are many different remedies to remove the parasites and help your child regain their health quickly.

For more tips, advice, and news, check out the latest posts from the Wake Up! blog.

Anna Smith is an entrepreneur and blogger on topics of personal success, fashion, business, marketing, personal finance, and health. She graduated from the University of Colorado Boulder with her Associates in English, and from the University of Colorado Denver with her Bachelors in Business Management. She currently lives in Denver with her dog Charlie.
Previous How to Read Food Labels: What Do Common Warnings Mean?
Next Fun Ways to Connect with Your Kids